Slavi Trifonov donated to Pleven a combined swing for children in wheelchairs. It will be installed in the City Garden this Friday, January 17th. The Pleven citizen’s gesture comes after she gets acquainted with the project “The Different” Children of Bulgaria by the photographer Anna Yoncheva, through which she realizes her idea of installing these special swing scales throughout the country.

“My main goal is to show that every child’s place is at the playground! This swing allows children with special needs to play TOGETHER with their peers, “Anna Yoncheva explained for “Pleven’s Spirit”. “The interesting thing about these facilities is that they can swing two healthy children on one side and a child in a wheelchair on the other. So the game becomes shared and everyone has fun together” she added.

The first cradle of this kind was installed in Sofia last year, and the second will delight children in Pleven. This is the wish of Slavi Trifonov, who gave a tribune to the campaign “Let’s Play TOGETHER” on December 3, 2019, when Anna Yoncheva was in his show. 3 more cradles are to be installed in Sofia, one is in Vratsa, but it has not yet found its place in the urban environment.

“I believe that TOGETHER we can change things we don’t like. Not by words, but by actions! “, says Anna Yoncheva, who creates her project after encountering intolerance of the “different” children on the playground. She herself is a mother of two children without disabilities, but with her activity she wants
to contribute to a more tolerant attitude of the society towards children with special needs and to give them more joy.

There are no comments 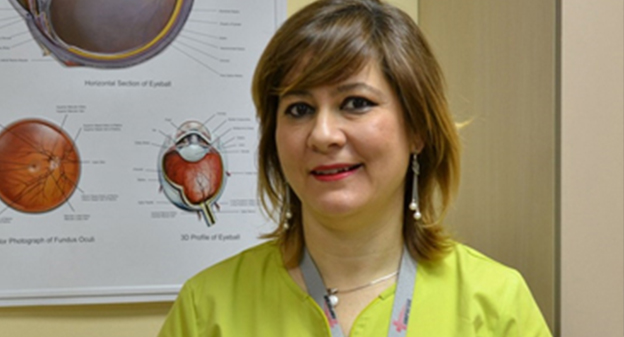 Dr. Maria Pramatarova will actively participate in the campaign “I See 20/20. I can! “ Photographer Anna Yoncheva in front of Lupa.bg: Children with disabilities are not contagious!

The photo exhibition raised half the funds for a new…