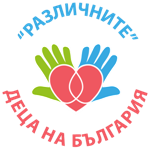 Campaign “The Different” children of Bulgaria

The “Different” Children of Bulgaria is a personal photo project created by Anna Yoncheva, a mother of two children without disabilities. Its main purpose is to show, through photographs, those children who are still invisible to much of society. Those who are rarely in kindergarten, rarely in school, rarely on the playground…

The idea for this campaign comes after an incident on the playground when a classmate of Anna’s daughter, who tries to persuade her not to play with a child in a wheelchair.

“Last year, my daughter and I were in the neighborhood garden. A child approaches in a wheelchair about 10 years old. Most children immediately sat around her and began to speak to her. She told them how much she loved watching others play, laughing. It was very nice and very sad. Then a friend of my daughter came and pulled her away and asked her, “How can you talk to her? She is ill. It will infect you with diseases. And then you will pass them on to us…” I was angry. Then it made me sad – for the child, for his parents. In Bulgaria, very little is known about children with disabilities and usually people are afraid of what they do not understand. I decided I wanted to show these kids – to shoot them and tell their stories for everyone to know that they are not scared, that they are not sick, that they are ordinary, though not quite. “

Anna Yoncheva starts organizing meetings where children with special needs get to know their peers and learn to communicate. However, during these meetings, it became clear that there were actually no facilities for children in wheelchairs at the playgrounds. This is the reason why the “Let’s Play TOGETHER” campaign was launched in early August. Its purpose is by raising funds to make more playgrounds accessible, by installing a special swing – wheelchair-friendly / the final cost of the facility with transportation, installation and certification included is 4500 BGN. /

This swing enables children with specific needs to play with their peers.
Many private and corporate donators are involved in the initiative, with the assistance of which, by the end of January 2020. were purchased a total of 5 swings!!! Two of them have already been installed in Sofia and Pleven. The other three are to be installed.

“My main goal is to show that every child’s place is at the playground! I believe that together we can give a happy childhood, smiles and new friendships to more children ”Anna Yoncheva